Alonso Member Posts: 806
May 2019 in General Discussion (Spoiler Warning!)
I'm fighting
the succubus and the alu-fiends in Watcher's Keep

[BUG 1] Aerie gets hit (presumably by a poisoned weapon) and after that she keeps getting poison damage each round. However, her record screen says nothing about her being poisoned.

[BUG 2] Aerie puts on the Periapt of proof against poison, thus becoming immune to poisoning. After that she doesn't get any more poison damage. However, the combat log still says every round "Alu-fiend: Aerie was immune to my damage" like the poisoning was still there somehow. Plus, she keeps complaining like she was still receiving damage.

[BUG 3] Worst of all, when she tries to cast a spell, her spell gets disrupted by the non existent damage. 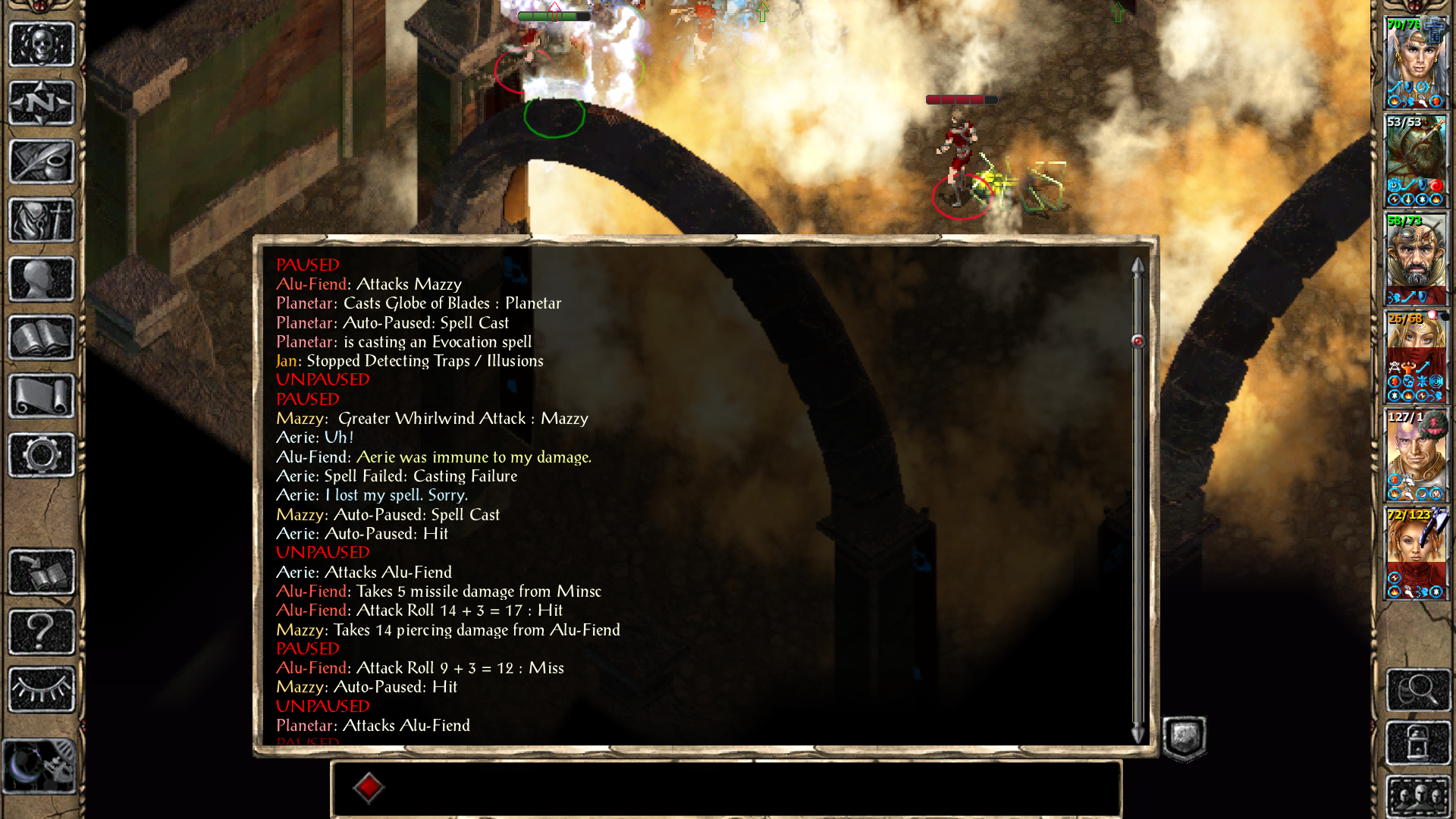 [BUG 5] The log says my mage is "Dire charmed", which suggests the spell used was probably Dire charm rather than Charm person. 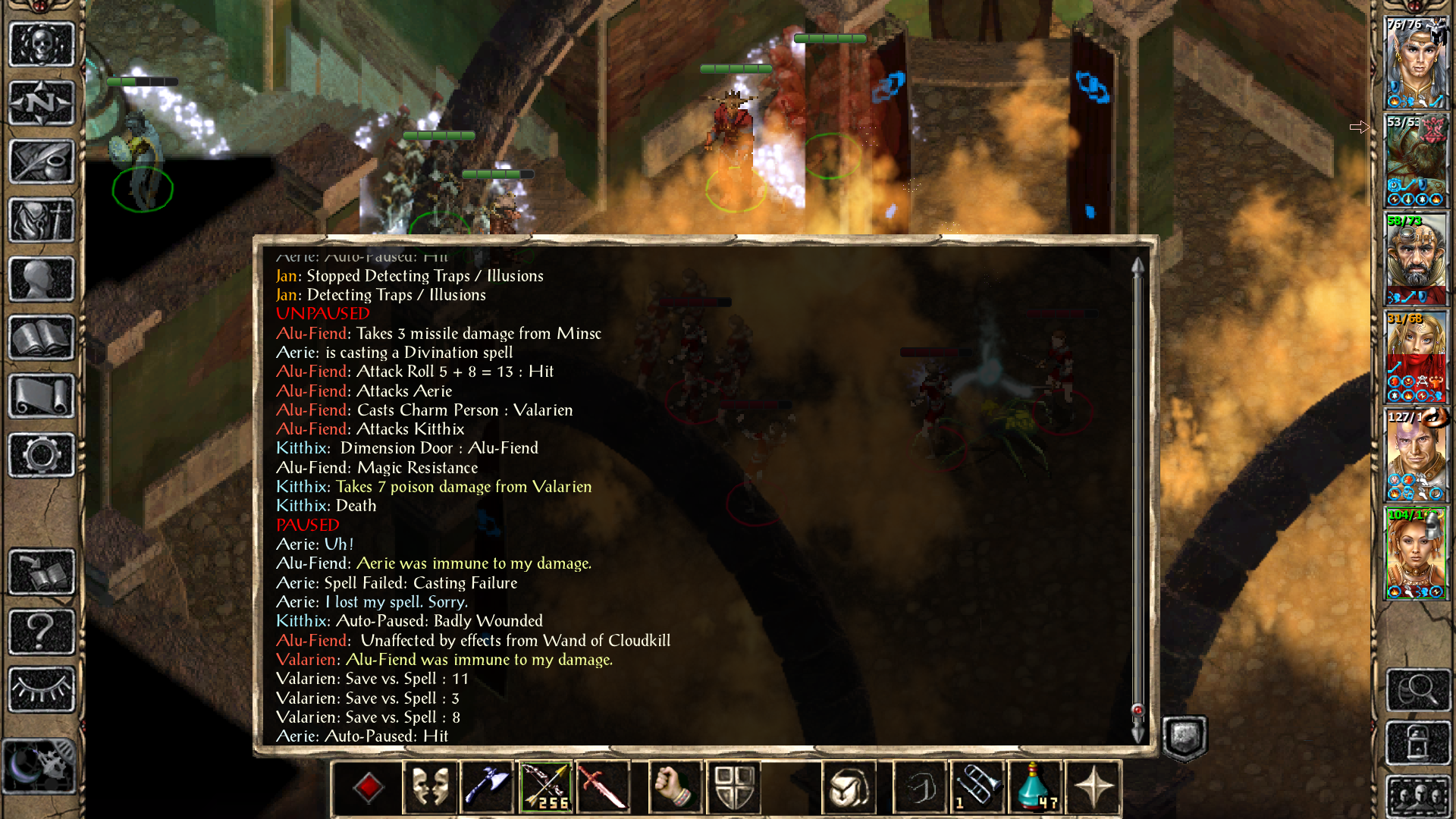 Depending on how you count, that's between 3 and 5 bugs (allowing for the possibility that there is a weird but valid explanation for one of them, and that it can be argued that 2 and 3 are actually the same bug). All of that happens in less than one minute of real time, which gives us a count of somewhere between three and five bugs per minute.
0 · Share on Google+ Share on TwitterShare on Facebook