Flashburn Member Posts: 1,813
December 2015 in Off-Topic
Much to the relief of @Nonnahswriter, December is officially here so festivities can officially begin without Christmas taking priority over other holidays that haven't occurred yet. So lets make with the Yuletide!

Rules are the same as they've always been. Post your avatar, preferably a hi-res version of it, and I'll put a Santa hat on it! But I can't draw, so I'm just pasting a hat on a new layer and putting some filters over it. But that's why its cute, isn't it?

To start off this thread, we have the -oshi brothers. There will be more to come, so just post here!

@bengoshi, for his playthrough with other forum members as Loki the druid. Admittedly not ideal for putting on a hat because you would barely be able to see it, so I put happy little wreaths there too! 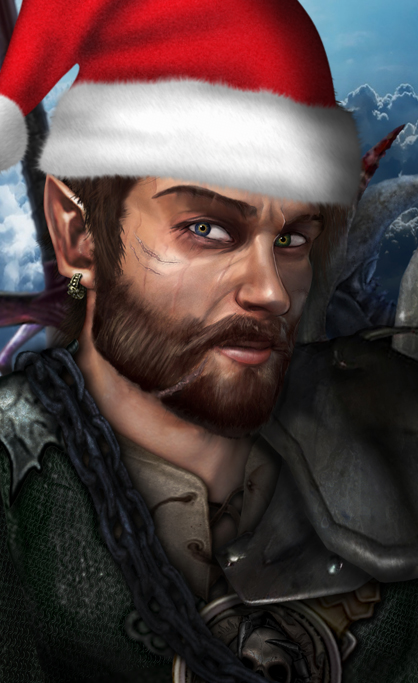