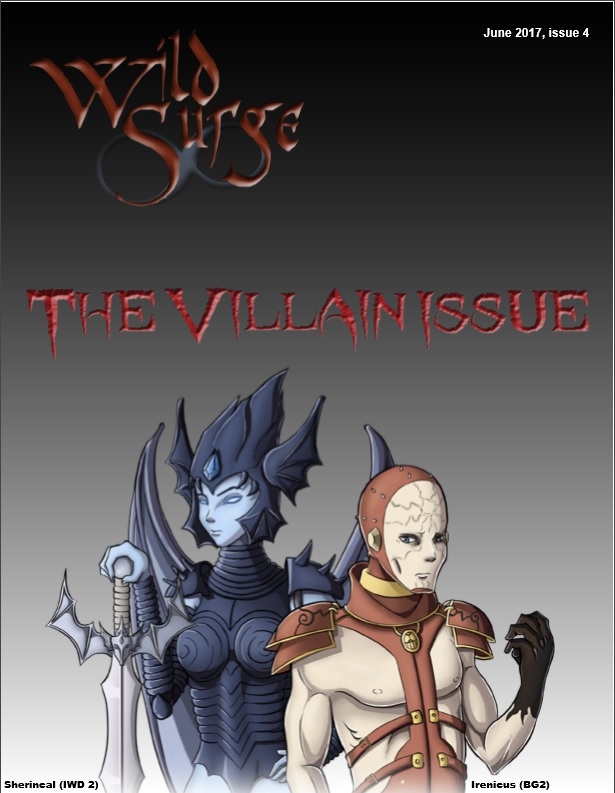 And with a vengeance... muhaha *cough*
Issue 4 of the Wild Surge is all about villains. The articles inside include: Which is the better villain Sarevok or Irenicus? A review of Injustice 2, the new DC Superhero/Supervillain beat 'em up game by Netherrealms; Games where the player is the villain and of course a continuation of Lava's Modding Tutorial.

If you are looking for past issues, they all can be found at https://www.wildsurge.ca/archive The previous issue can be read on our website, with this issue taking its place in a week or two.

If you have any questions, comments, concerns or complaints or would like to help us out with future issues, please email us at [email protected]

And thanks for being the awesome community that you are.