Um, I just killed Tazok in the bandit camp

SharGuidesMyHand Member Posts: 2,471
September 2014 in General Discussion (Spoiler Warning!)
As my party was strolling through Peldvale, we came across Raiken and his band of unmerry men. Following Drizzt's advice from earlier in the game, my barbarian leader, Alandra, decided to use guile and intimidation to infiltrate the bandits, rather than attack head-on. Soon afterward, we arrived at the bandit camp. When Tazok questioned Alandra as to her motives, Raiken inexplicably interrupted and threatened to "bruise" Tazok - who then even more inexplicably responded by attacking Alandra rather than Raiken. Being adept with ranged weapons, my party quickly pelted Tazok with a variety of arrows, bullets, and darts, but Tazok continued to press forward. As Tazok walked up to Dorn, I figured that he was about to initiate his dialogue welcoming my party into the camp. But instead, he clubbed Dorn for 12 points of damage! (fortunately, Viconia was standing nearby to heal him) So my party continued to wail away at him. By now, both Dorn and my barbarian were standing toe-to-toe with Tazok and clobbering him with all of their collective might, but still Tazok stubbornly refused to welcome them into the camp. Then finally, an arrow by Kivan (fittingly, given his backstory) dealt a fatal blow to Tazok. Curiously, no one in the camp really seemed to mind that their leader had just been slain, and continued to stand about as though nothing had happened. The moral of the story? 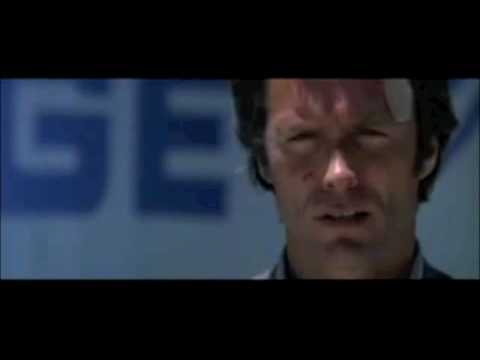