Miner Beldin and the yipping demons

Skarose Member Posts: 247
December 2015 in Baldur's Gate: Enhanced Edition
I was curious how many players try and save poor ole Miner Beldin. He's the poor sap who greets you at the entrance to the second level of the Nashkel Mines. The guy who warns about the yipping demons. I find it rather difficult to keep him alive after the squad of four kobold archers suddenly appear, but over the years I've developed techniques which may be about 25%-33% successful in protecting him, so he can live to wander off the screen.

I know it may be silly and has nothing to do with the big picture, but I'm always really disappointed when Beldin takes an arrow and dies. I'm a hero(Anti-Hero) and my being there is supposed to make a difference!

Yay! My latest hero (Human Stalker) has saved poor ole Beldin. This small victory will not be noted in the official journals of this campaign, but I'd like to believe that Beldin uses the rest of his life to accomplish some good in the world, perhaps later having a child who grows up to be a great hero in the future. Goodness will always win when accomplishing the small things... 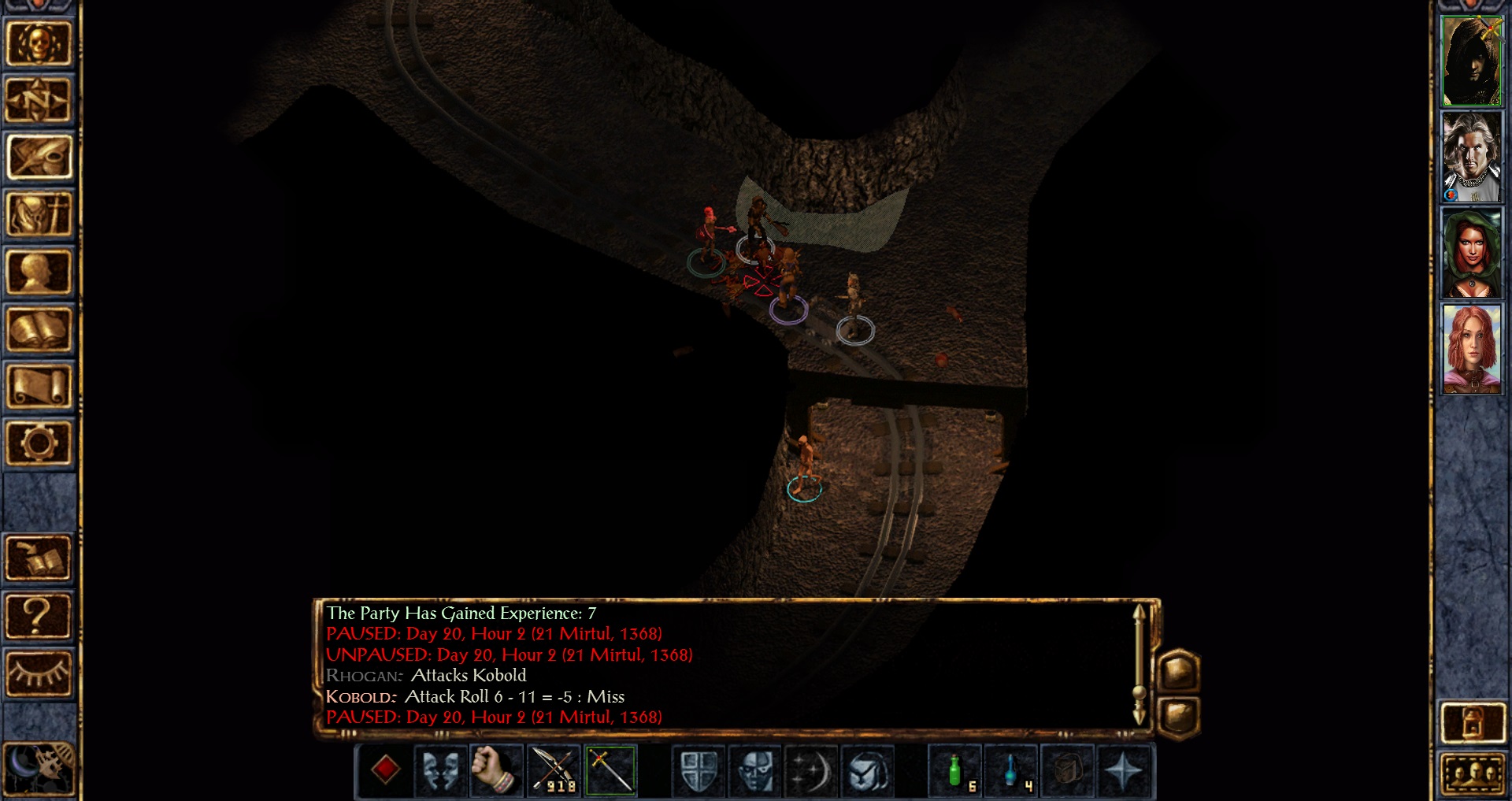