My best roll ever

Stormvessel Member Posts: 654
January 2017 edited January 2017 in Baldur's Gate: Enhanced Edition
Wanting to do a complete saga run after being away from the game a while. I decided to go with a fighter/mage multiclass and wanted the roll to be legitimate (so no autoroller). Check out the roll: 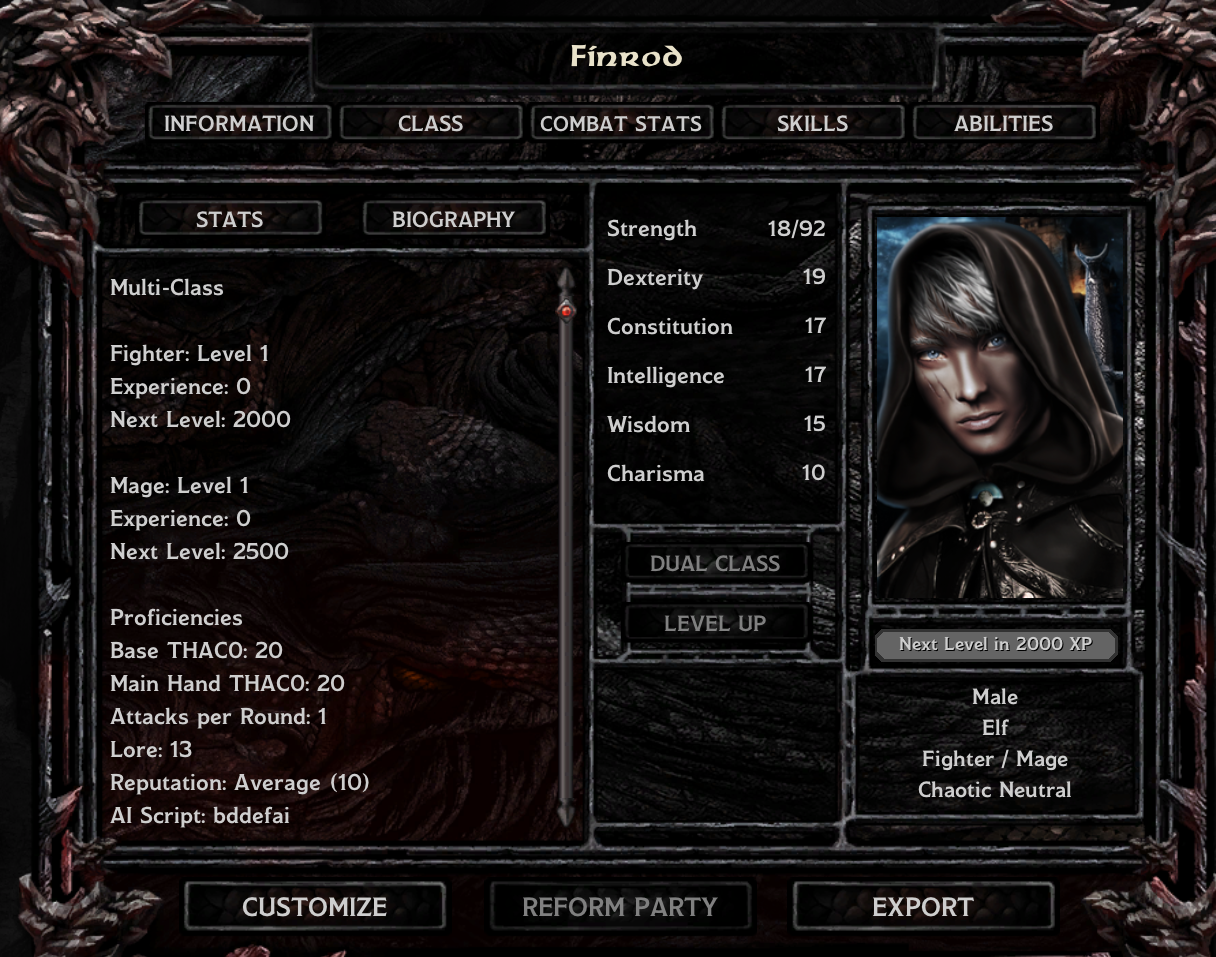 That's a LEGIT 96 w/ 91+ strmod - by far the best I've ever managed on non-Pally/non-Ranger. Starting BG2EE his stats will be:

In BG2EE he will obtain 19 INT (so he can learn every spell) and 19 Wisdom which is perfect to sac a point in the dream and still have 18 for Wish spells. Never in my life have I ever rolled something this good for fighter without cheating. It was an endless sea of 75-80s with an occasional 80-85. Only once did I get an 89, and never a 90+. Out of nowhere, after an hour of rolling I hit this roll and came SO close to clicking reroll. So I am stoked to have a character this good that's LEGIT.
Best Roll Ever.PNG 1.7M