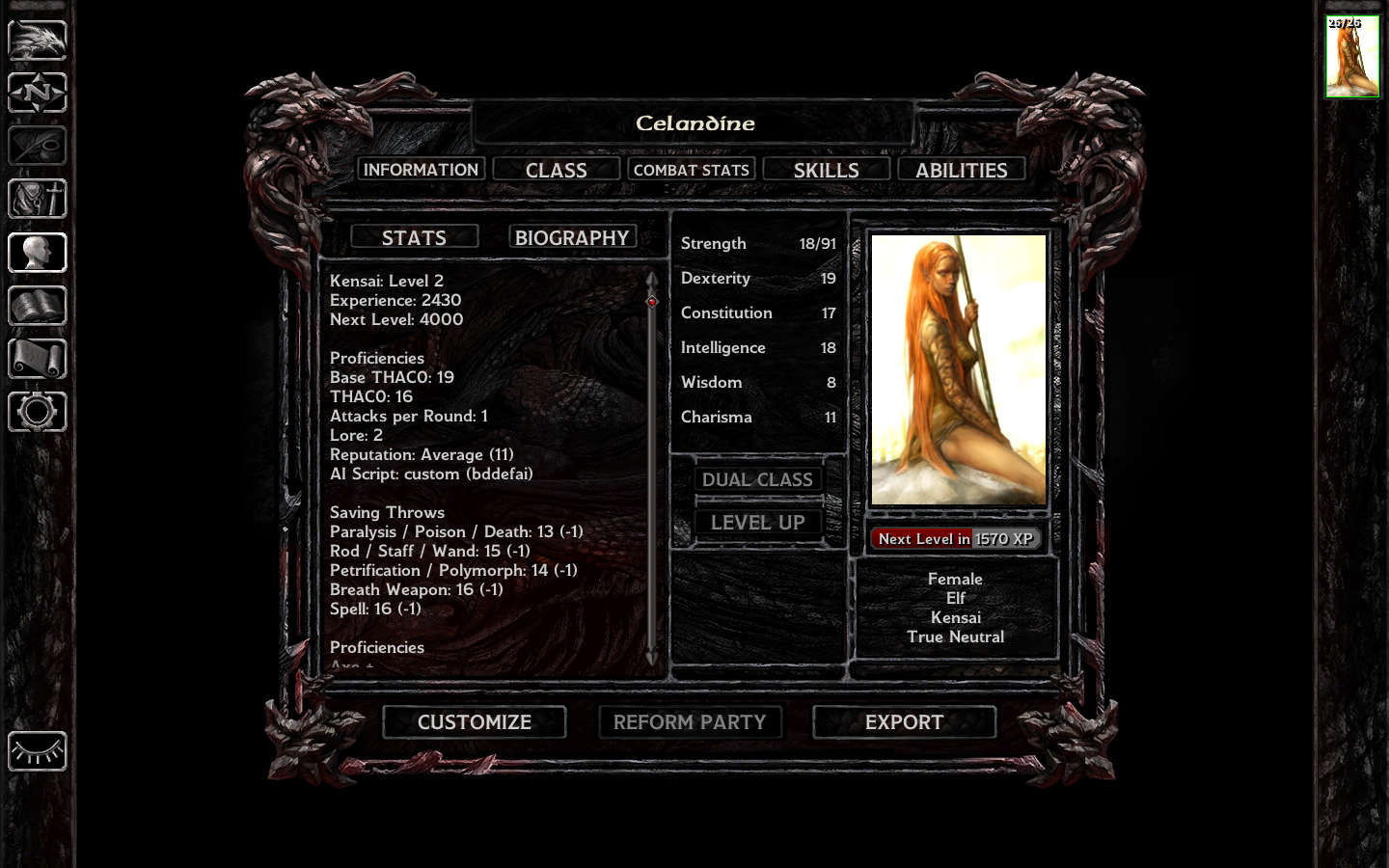 But when I came to choosing a voice for her none of the options seemed appropriate. I ended up using the same one I always use 'Female: Streetwise' but she doesn't sound much like an elf to me. Then again I don't have any idea what an elf should sound like.

To me Jaheira sounds vaguely east European but is that an elvish accent or a Tethyrian one?