Now when the weapon transfer is available, what would your choice be?

JuliusBorisov Member, Administrator, Moderator, Developer Posts: 20,698
December 2014 edited December 2014 in Baldur's Gate II: Enhanced Edition
With the 1.3 patch (currently the beta) for BG2:EE Malaaq grants you imported weapons. This replaces the Sword of Chaos +2 that the genie previously possessed, which has been moved to the Cambion just southeast of the genie’s planar prison.

This poll is relevant only for imported characters. If you start with a new character, the genie will still give you a weapon appropriate for your character based on your class and weapon proficiencies.

So, what weapon do you think is the better choice generally (for a not solo run, with a party in BG2 consisting of different class/kit combinations)?

Note: I've combined a Staff Spear and a Staff Mace because there can be only 10 poll options and something had to be combined anyway, while these particular variants are more alike than other options:

Now when the weapon transfer is available, what would your choice be? 143 votes 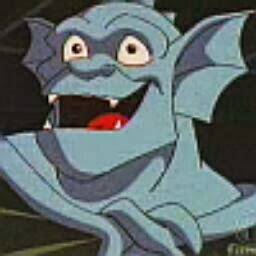