Is Your D&amp;D Character Rare?

The most popular races and classes in ‘Dungeons & Dragons’
Class and race combinations per 100,000 characters that players created on D&D Beyond from Aug. 15 to Sept. 15, 2017 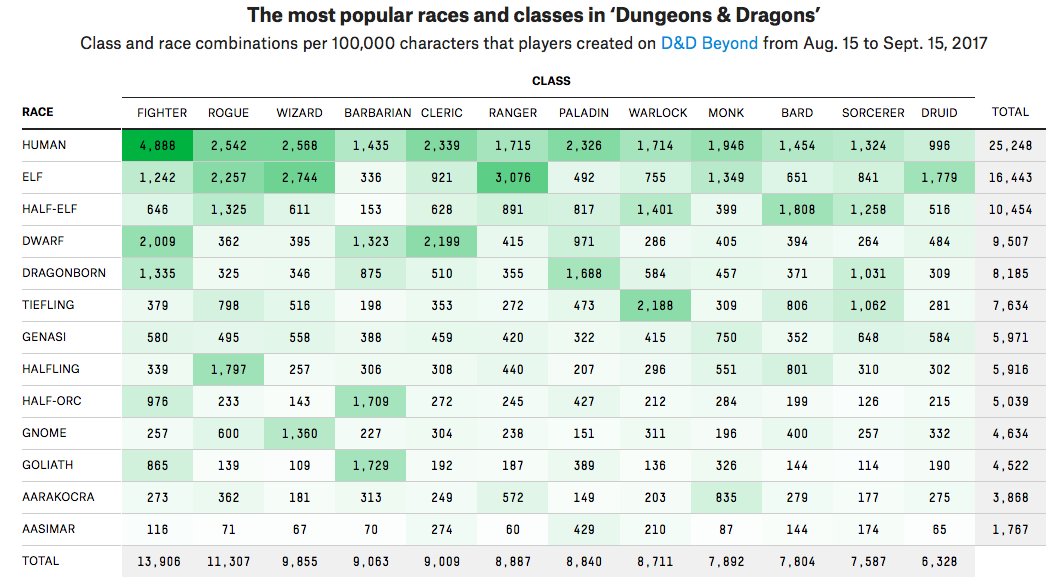