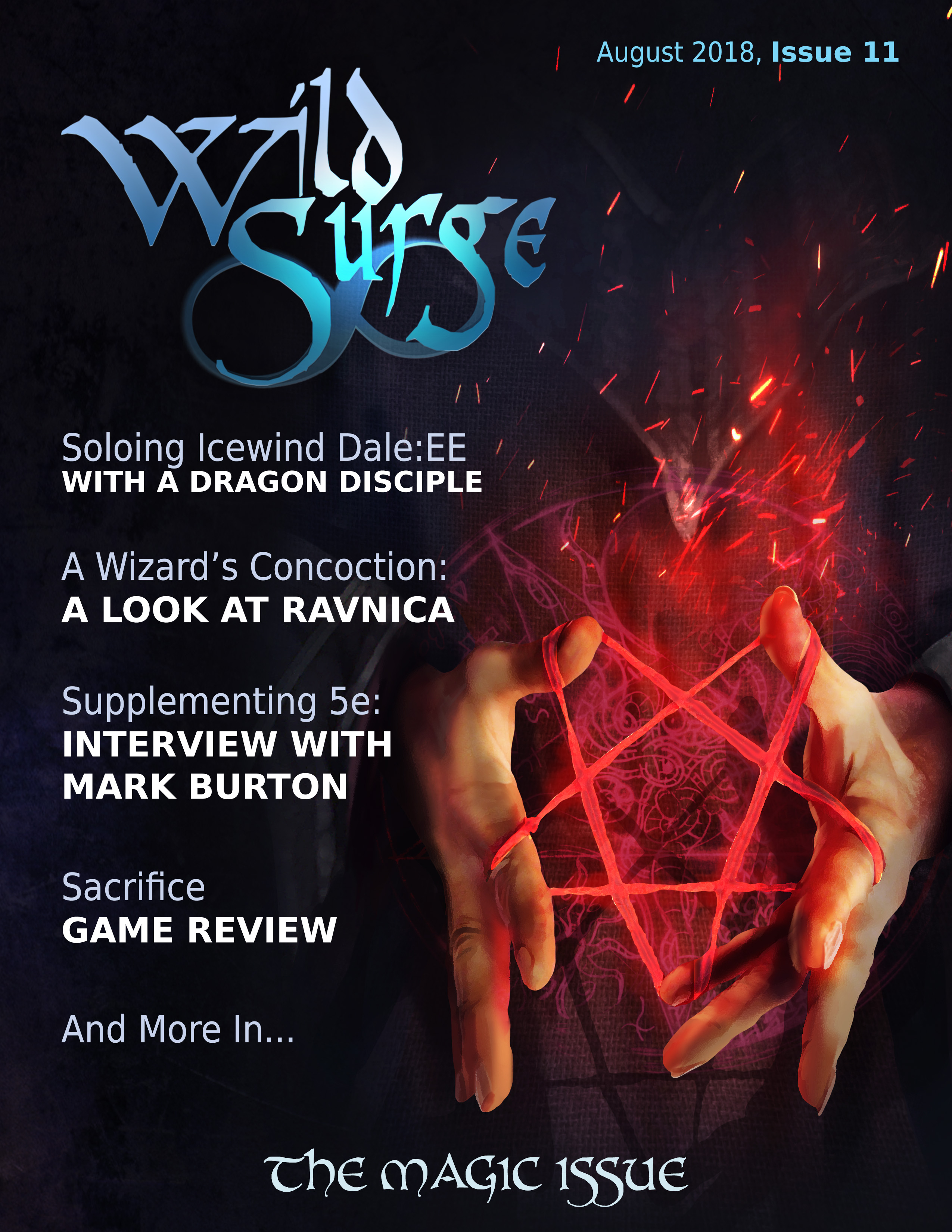 
Magic is in the air! In this highly enchanted issue we have a guide to soloing IWD:EE with a Dragon Disciple, an interview with Mark Burton about his magical supplements to 5e. We visit Ravnica and its powerful Planeswalkers. We see how different magic can be from one world to the next in literature. And our resident lich is confronted by an incredibly important question. @Fandraxx returns with a review of the album " Twilight Force’s Heroes of Mighty Magic" and @typo_tilly gives us an in-depth review of the game "Sacrifice".

So do you believe in magic?


Want more Surge? Support us through Patreon, Join us on Discord, follow us on Twitter, buy our Swag and visit us at WildSurge.ca