This ?massive patch upgrades the games to 64-bit systems, fixes hundreds of bugs, and adds brand new portraits & voice sets to customize your heroes— including two sets from the legendary Mark Meer (voice of Commander Shepherd in Mass Effect)!

?Huge thanks to our heroic community for their tireless adventuring in beta builds for this mammoth patch. Thank You! 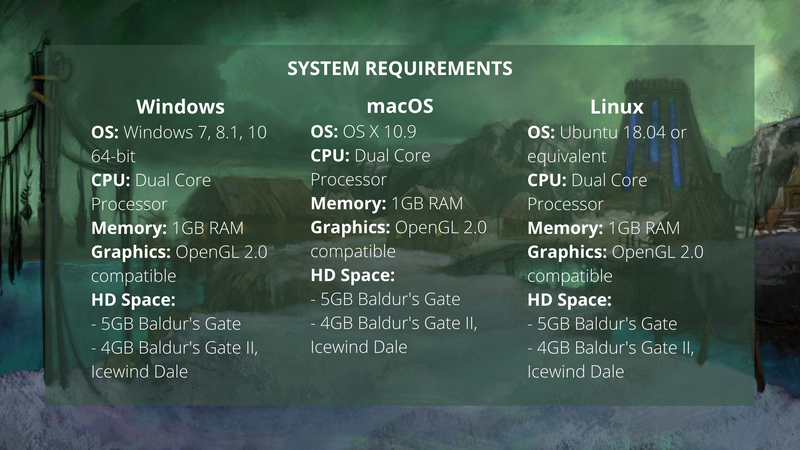 Updates | All Games
This upgrade improves system compatibility, including the 64-bit requirement for macOS. 32 bit-operating systems are no longer supported. - Mark Meer | The legendary Mark Meer reprises his roles as Alveus Malcanter (the most major of minor mages) and Baeloth Barrityl (The Entertainer of the Black Pits)
- CEO & Co. | You'll also be treated to the barbarian battle cries of Beamdog CEO, Trent Oster (who lost his voice for a few days after the recording session), plus four more Beamdog team voices!