AWizardDidIt Member Posts: 164
July 11 edited July 11 in BG:EE Mods
I'm posting to share some work on a mod I've been working on for the past few months.

What started out as a first time experiment poking at Baldur's Gate modding and learning the ins and outs of it has grown into a fairly large scale quest mod for Baldur's Gate 1. My initial goal was to find a way to integrate the battles from the Black Pits adventure into the main campaign of BG1, then developed into me wanting to do so in a way that felt natural and not as just a string of arena fights. This idea kept growing into a much larger project as I learned to do more with modding and I began to create new items, areas, quests, and (non party) npcs. I began to call the project Black Hearts. 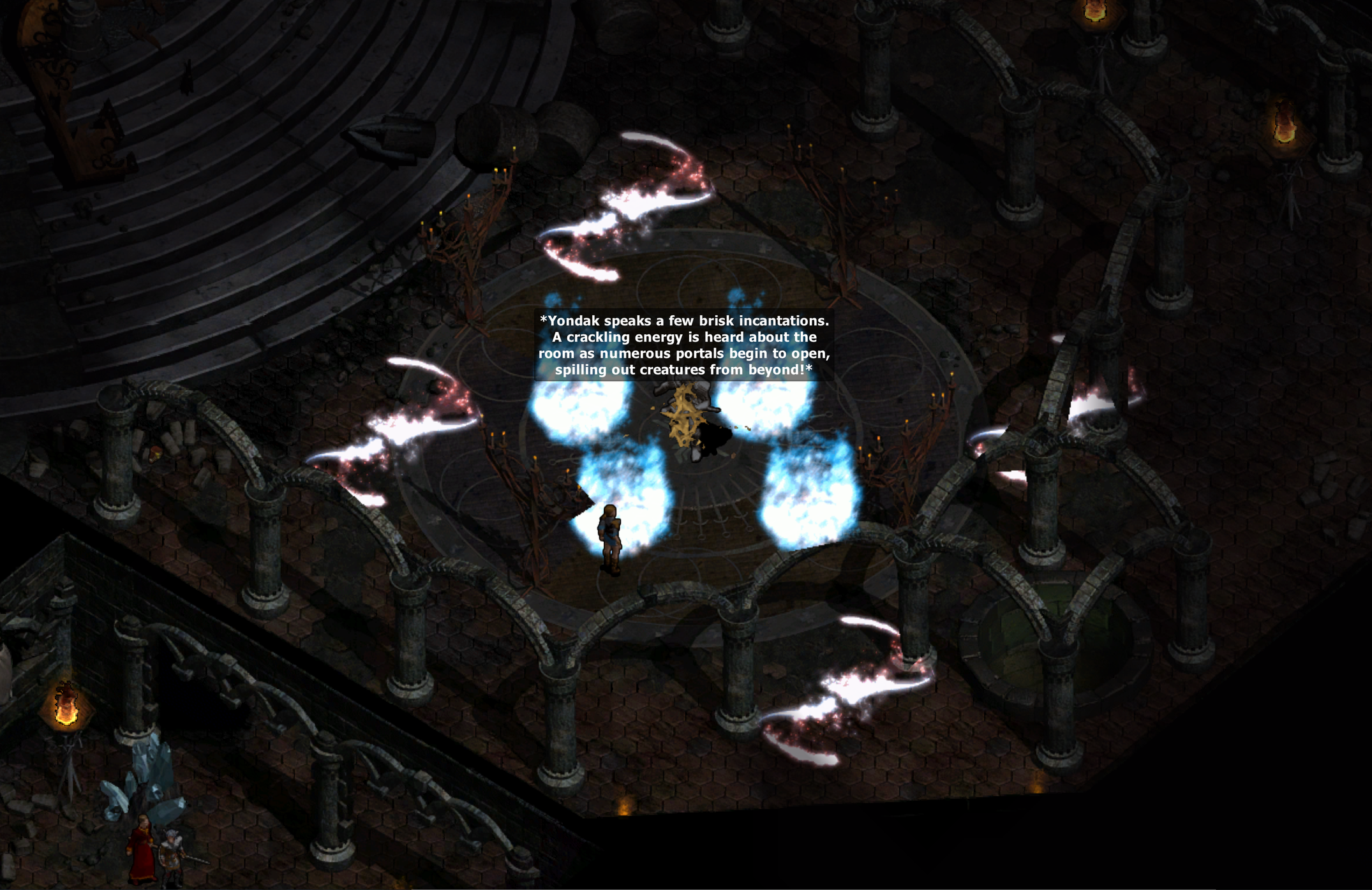 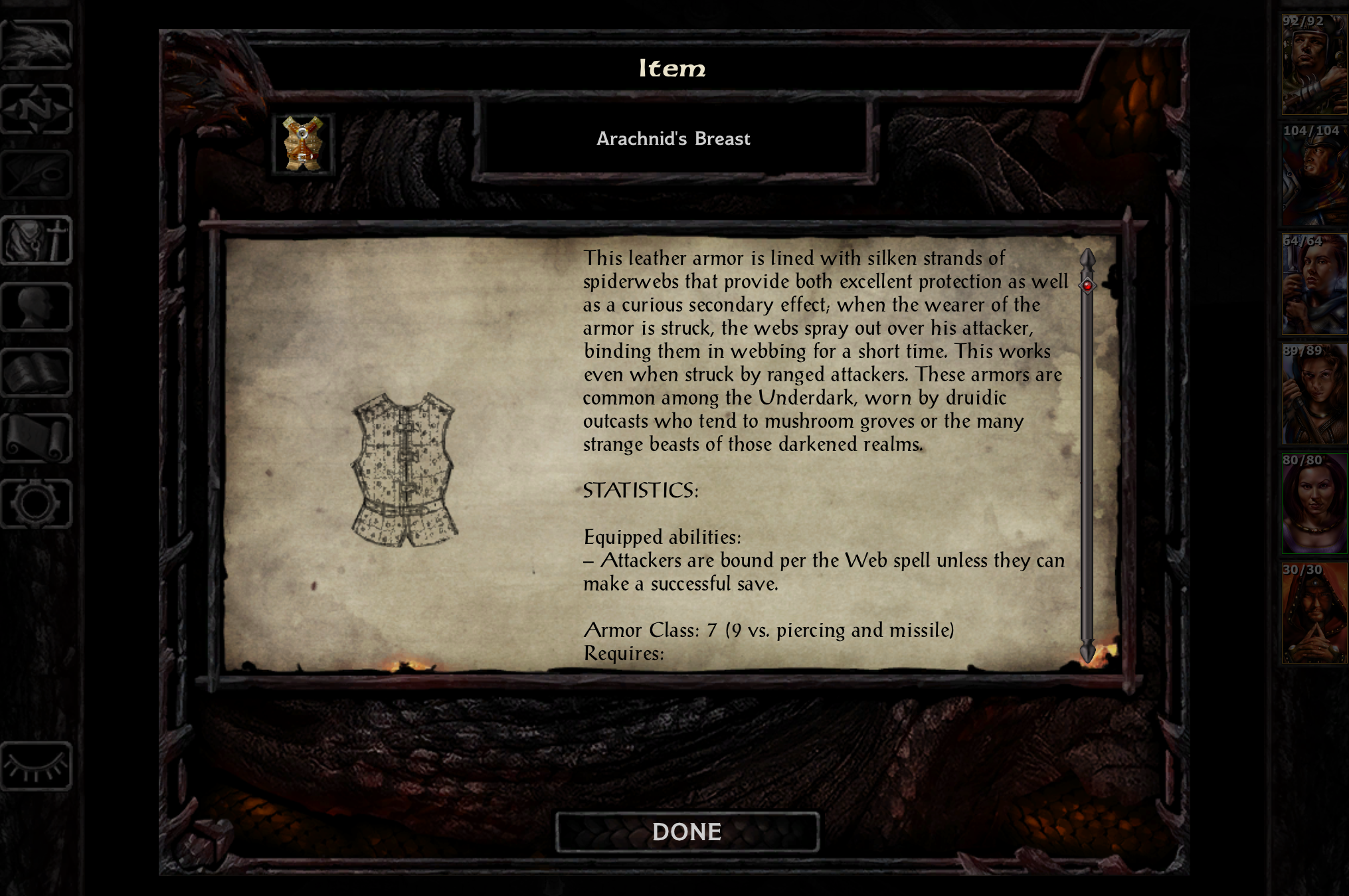 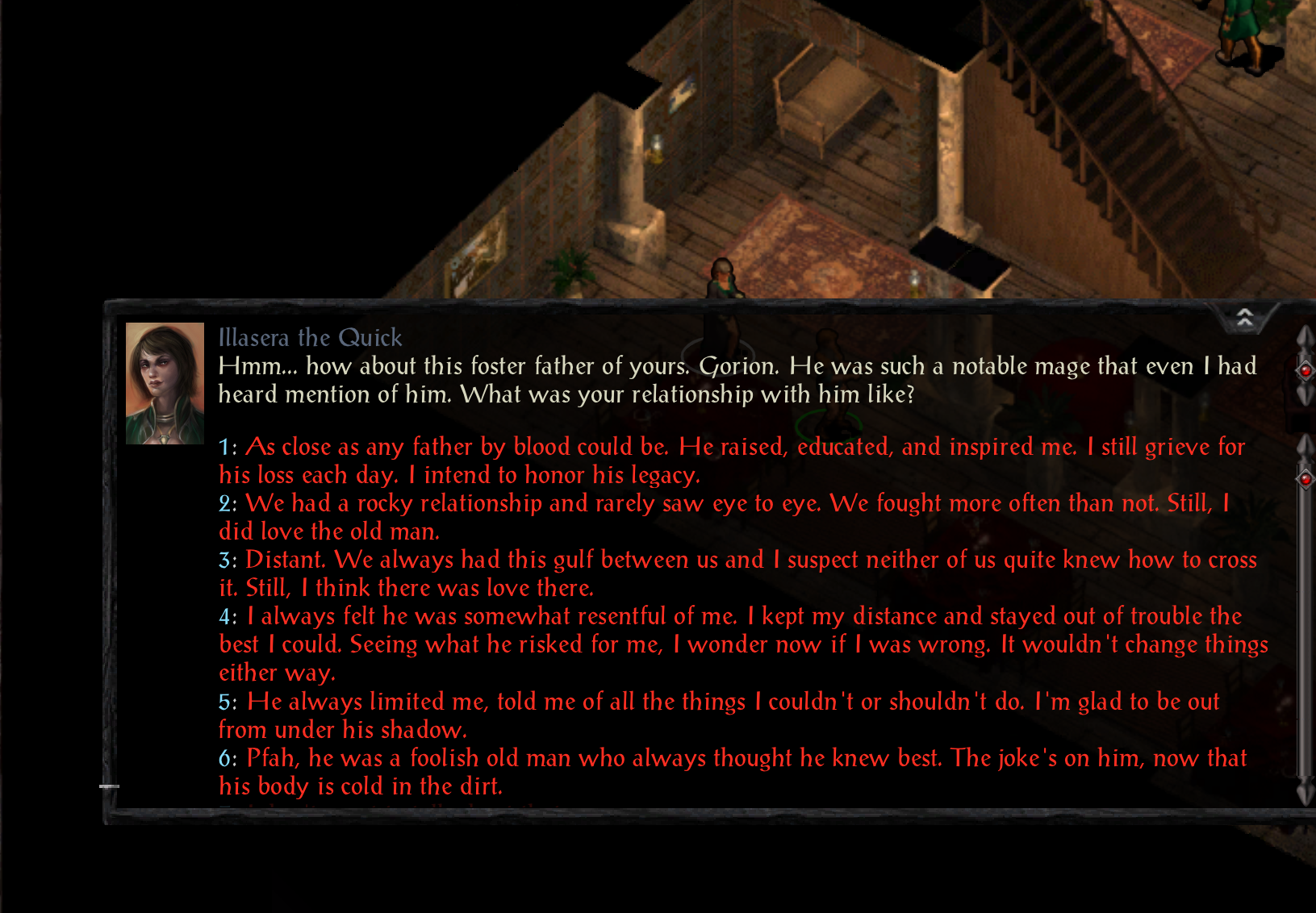 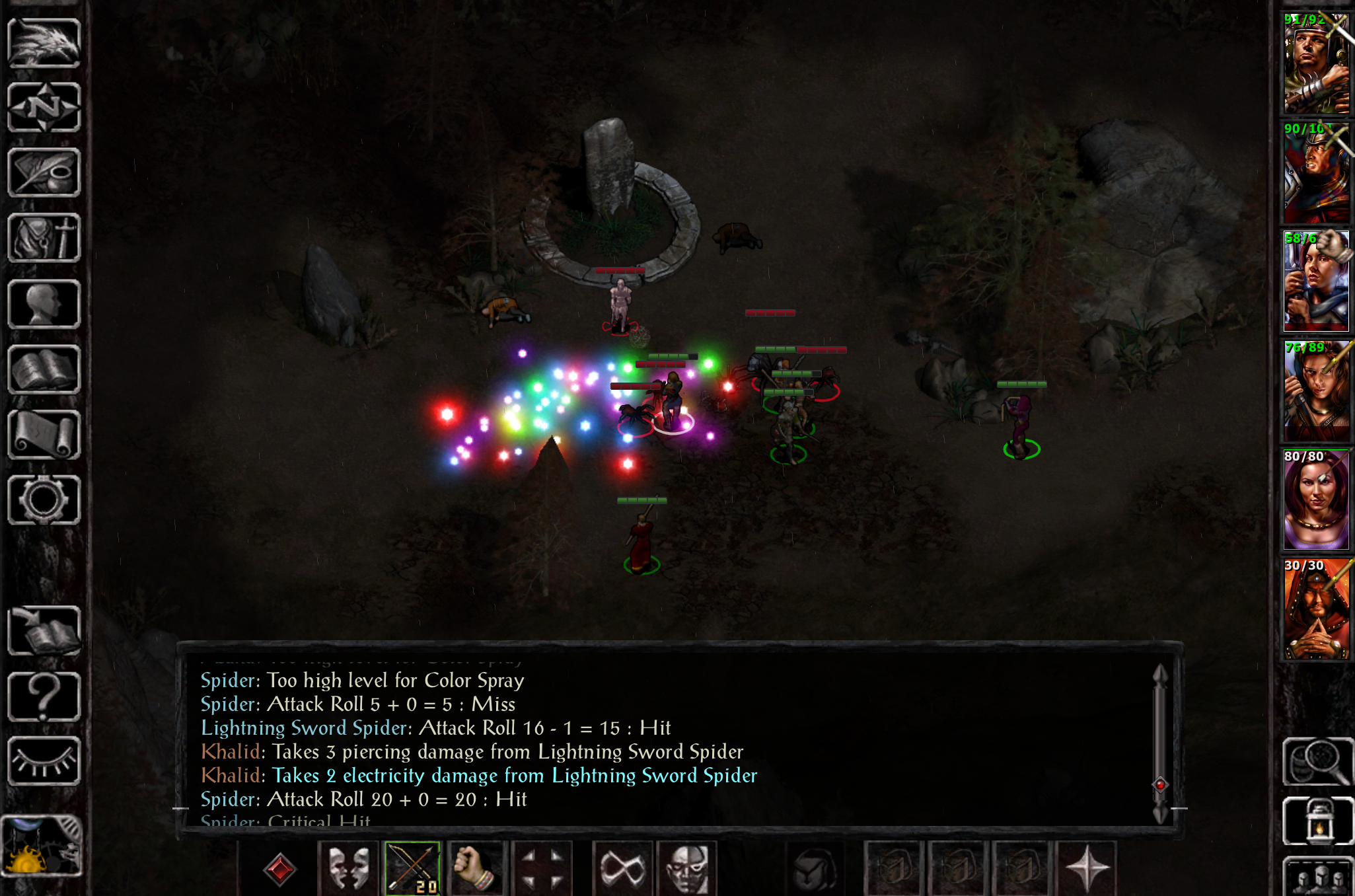 At the center of this mod is Illasera the Quick, one of the Five in TOB who was quickly dispatched in that campaign. I thought it might be nice to give her meeting a bit more importance by fleshing her out, creating a character you learn about and like or hate, making your eventual confrontation with her (hopefully) a bit more meaningful as a result. She's a dark character, intensely pragmatic and with an often cruel wit, but with a few redeeming qualities as well. While she is a non-party character, she's going to have over a thousand lines of dialogue and should be more fleshed out than most full npc mods. You begin working with her to hunt down bounties in the region, but this grows to something more involved that centers around a sect of Red Wizards who are assisting the Iron Throne in their goals and a mysterious figure overseeing the events of the region.

The meat of the mod still mostly involves facing repurposed fights from the Black Pits module, but often with little twists or extra things thrown in to make them more interesting.

So far the mod is about 60-70% content complete. There's quite a lot more work to go, but my planned feature list includes:
- 10 new areas (a few repurposed maps, but 5-6 created from non-infinity engine maps)
- two dozen-ish new magical items
- A questline that spans about 20 parts
- Several in-depth non-party npcs that play major and minor roles in the questline
- Lots of party banter and interactions within the questline!

I'll probably post more in this thread to show new progress and I hope to have something ready to share before too long!
Post edited by AWizardDidIt on July 11