The "rules" here are very simple: Just state whether you're attempting a minimal or no reload, tell what difficulty you're playing on, and whether you have any mods. If you fail a no reload, feel free to continue it as a minimal reload. As a minimal reload, keep a counter at the bottom of how many times you've reloaded, and why. I'd suggest that any more than 5-10 reloads is not a minimal reload. Also, there should never be any save scumming to get a better result on any dice rolls. Only a total party wipe or a main character death should be cause for a reload.

Here's my first entry, which is also my first time playing Pathfinder:Kingmaker: 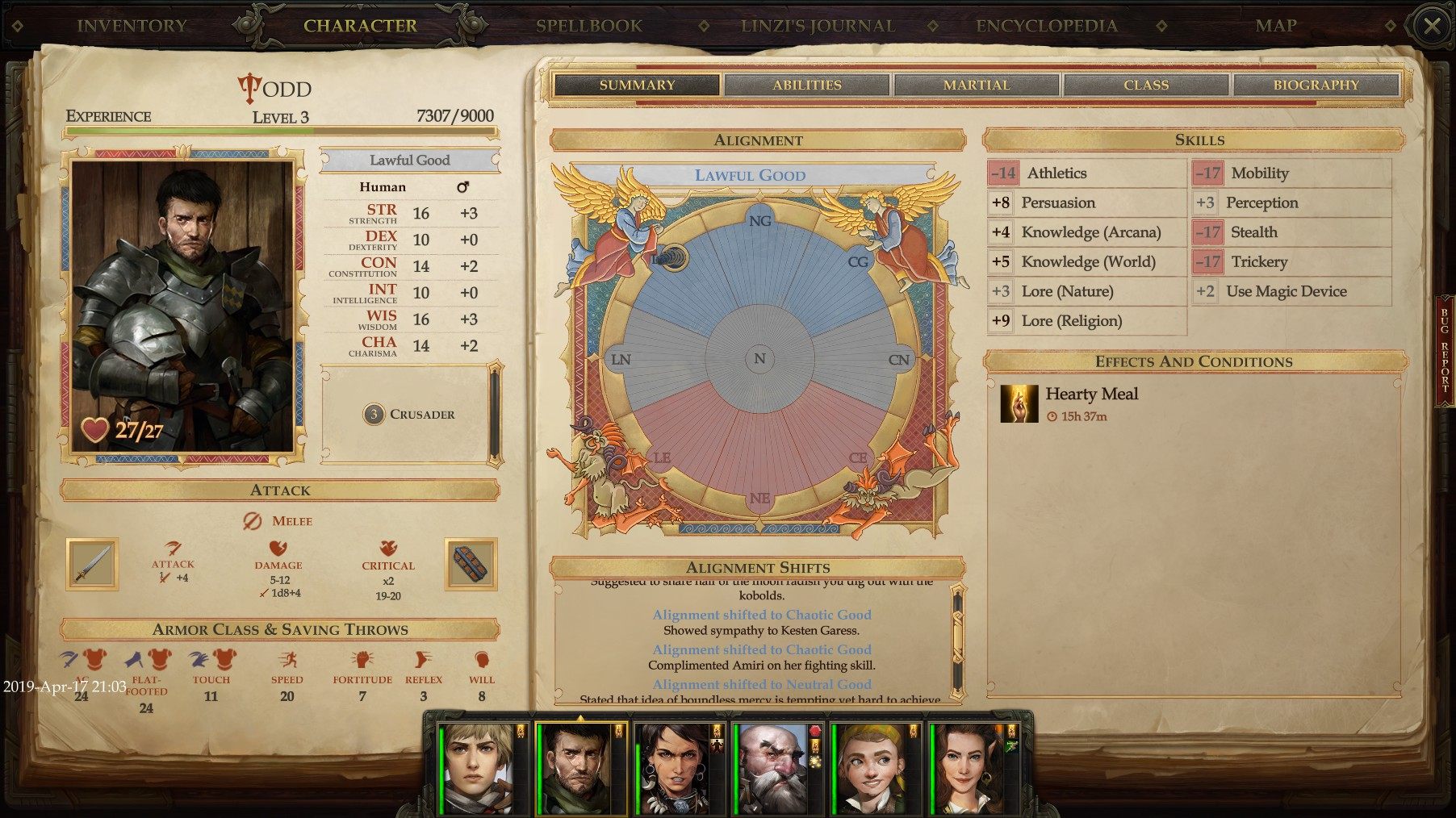 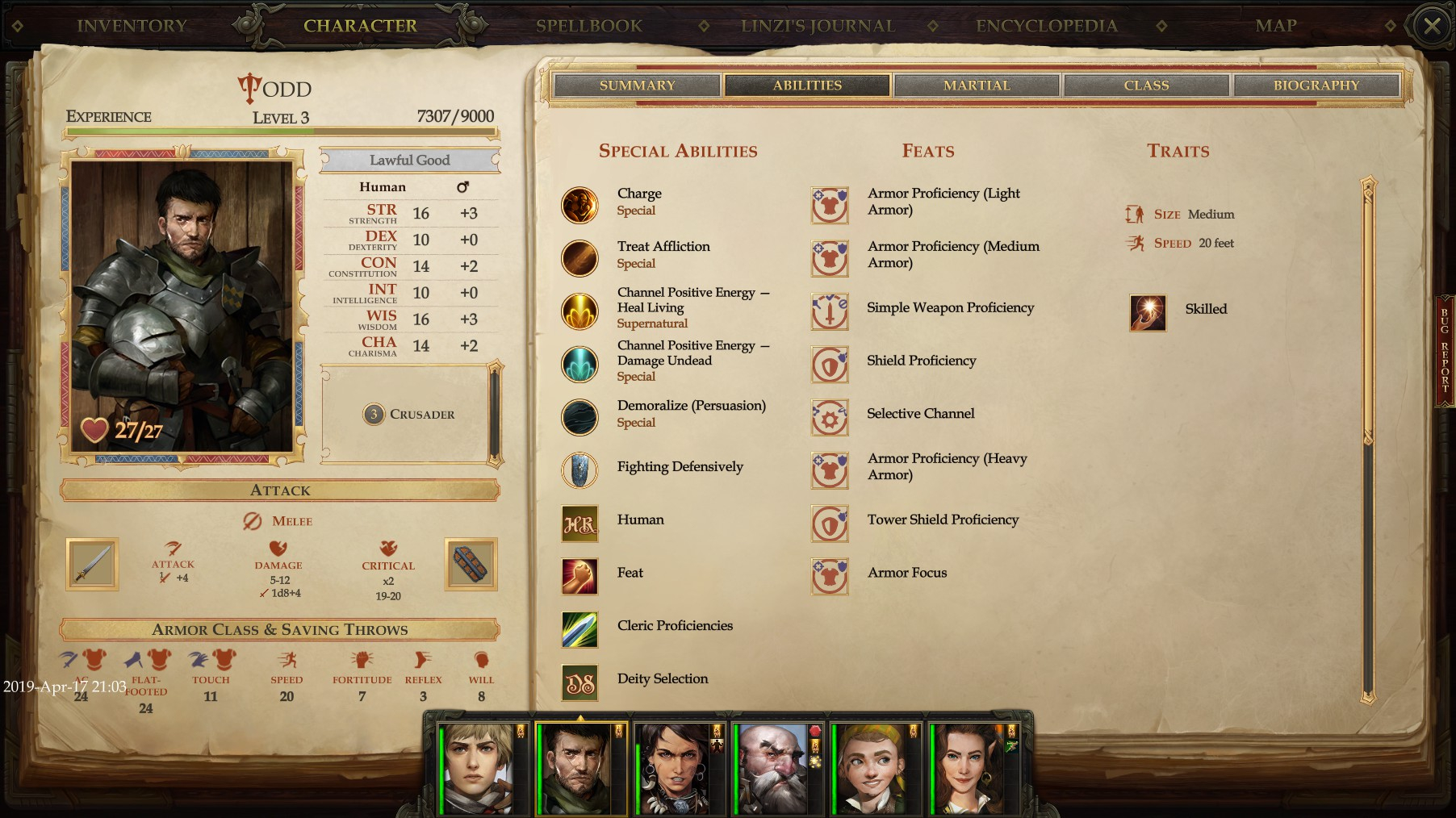 Here is my journal, which hopefully gives some idea how far I've gotten on this first run: 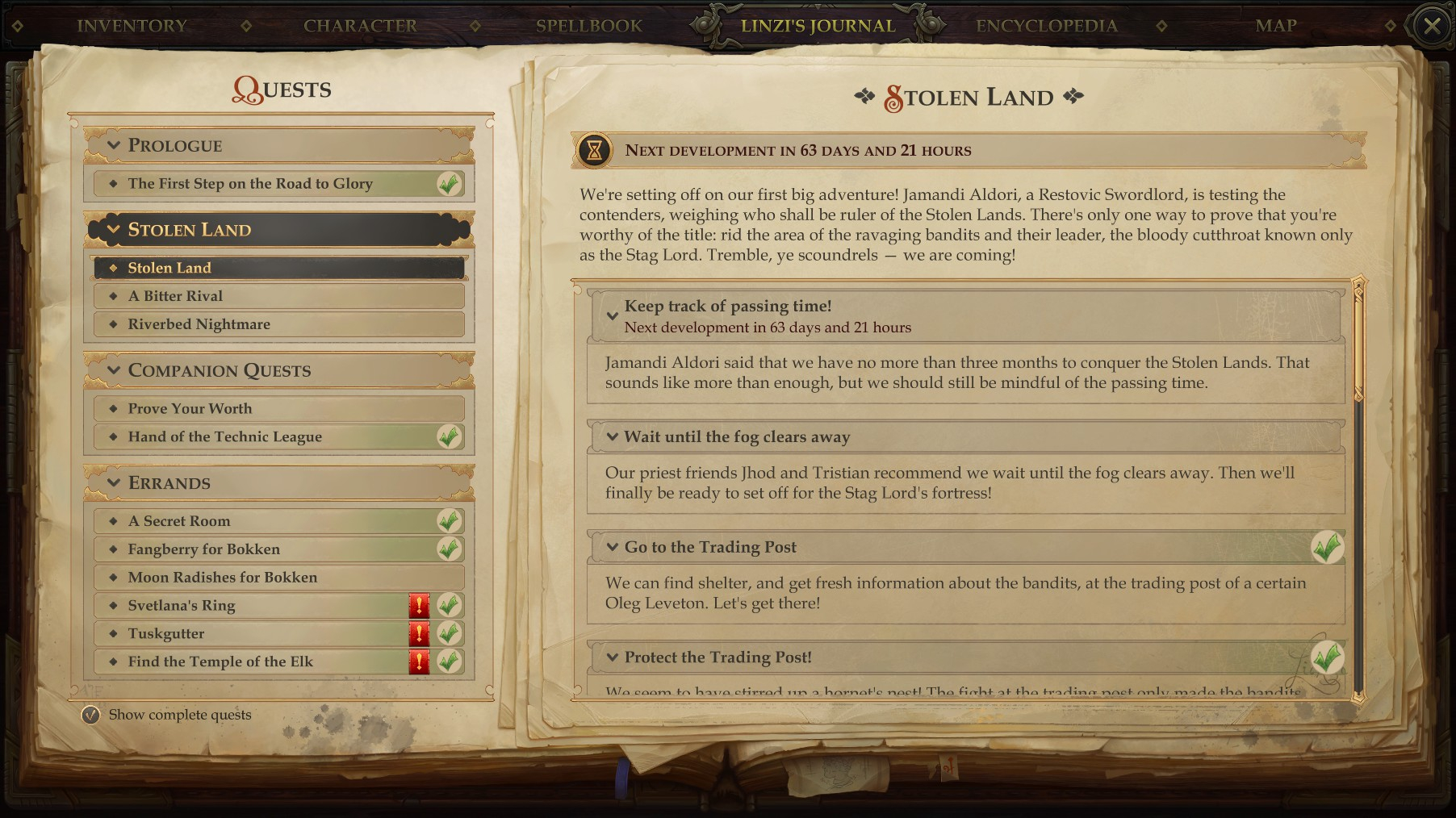 One of the things I've noticed, after having just clawed my way painstakingly to level three, is that this dungeon I've wound up in, is awfully reminiscent of the Nashkel Mines (one of the first long dungeons in the game, kobolds everywhere). I don't see how they could have not been thinking of BG1 and the Nashkel Mines when they created this. This game seems to be heavily influenced by all of Baldur's Gate, Pillars of Eternity, and Dragon Age: Origins. I give it kudos for that.

I have had one reload so far. I encountered a planned story event where my main character was so badly debuffed he would not be able to ever rest again until the event quest was completed. I was told to search near a river. The first place near that river I went to had a cave where I thought I might find my solution, but it was filled with wererats, including one throwing firebombs, who turned out to be way above my ability to fight. The game does not allow retreat from a dungeon (cave). So, that was a party wipe. I still haven't tested whether it is possible to retreat from an encounter outdoors.

The "attack of opportunity" mechanic, combined with relative movement speeds, leads me to believe that it is impossible to disengage from any fight once it has been triggered. That is like a lot of other games, including PoE, D:OS, and even MMX. I think a lot of contemporary game developers creating old school games are *trying* to force you to reload frequently.

How much I continue posting is partially dependent on how much interest this thread generates, and how many reloads I have to do while learning. We'll see how it goes. But I wanted to try this.

BTW: Steam says I have 19 hours invested so far in this first run.

EDIT: I forgot to say, I'm doing my first run on Normal difficulty.

EDIT: I am going to keep editing this initial post to help keep my reload counter, so that I can easily copy-paste it into future entries with no fuss.