Here's me killing Niz, the Black Dragon in Suldanessellar. 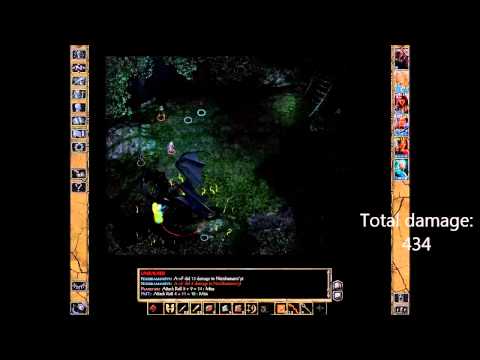 Apparantly Nightmare mode gives monsters 3 * Normal HP +80, so he should have 680 HP. I managed to deal 686, so that's pretty accurate. The reason I used such cautious tactics was to ensure easy tallying of damage.
Post edited by FinneousPJ on April 2016