LavaDelVortel Member Posts: 2,096
July 2020 in BGII:EE Mods
After quite some time, Tangled Oak Isle is here.

Once an independent village located on an Isle, the Tangled Oak Isle became the part of Athkatla. As the city grew bigger and bigger, it swallowed the isle, which now can be accessed not only by boats, but also by a bridge. While Isle is by law part of the City of Coin, it kept its identity, mostly because of the isle's villagers and the symbol that unite them: the Tangled Oak that grows between houses on the isle. Also the Cowled Wizards don't seem to be much interested in what was once called Tangled Oak Village and consider those that live there quite insignificant to Athkatla as a while, that means the islanders are on their own when it comes to solving problems and a serious one has just threatened that quiet place. Will you, the Hero of Baldur's Gate, help in restoring the isle's peace? 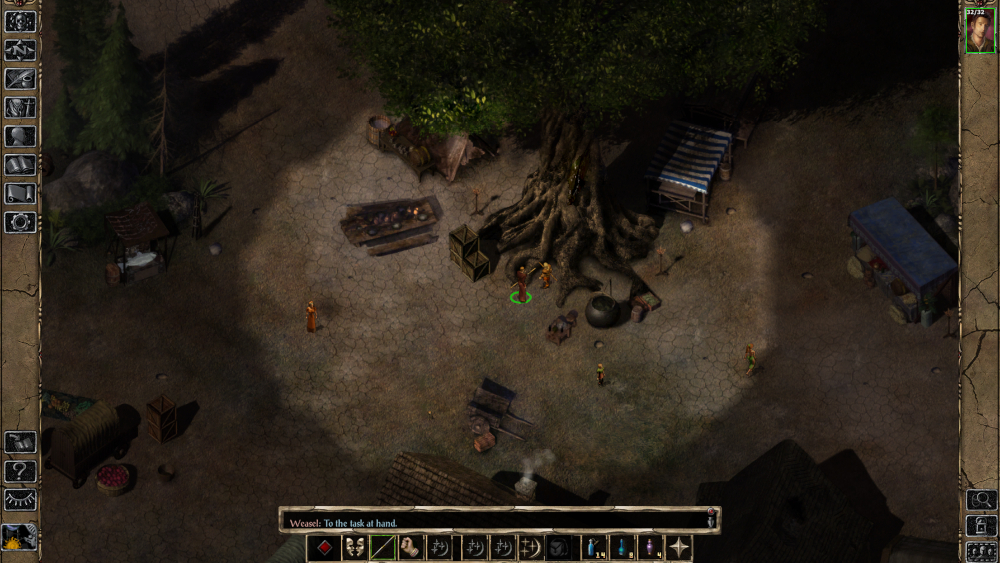 Thanks to everyone that helped! That includes @Brokenkatana @Gwendolyne and people who perhaps weren't included in the process of creating the mod, but supported me in all kind of other ways: CamDawg, Lauriel, jastey, AionZ... and many others. Thanks to all those I mentioned, all those that supported me for all those years and all the fans and game devs.